The formal programme included opening remarks by Cd’A.a.i Ms. Ovessa Iqbal welcoming the guests on behalf of HE Sanjiv Arora Ambassador of India to Lebanon; screening of a documentary film giving a brief background on ITEC programme, flagship programmes of Government of India and progress made by India especially in Science and Technology;  remarks by HE Minister Jamal Jarrah, a special dance performance by students attending Bollywood Dance classes at the Embassy. The formal programme was preceded by a reception. A few ITEC alumni also took the floor and shared their experiences during their training in India in highly positive terms.

Ms. Ovessa Iqbal underlined that the long standing ITEC Programme, started in 1964, was an important dimension of India’s partnership with other developing countries. She added that ITEC Day Celebration is also to celebrate the deep rooted friendly ties between India and Lebanon.

HE Jamal Jarrah thanked the long standing initiative of the Government of India for capacity building. During his speech, he also highlighted the future projects of Ministry of Telecommunications and the opportunities available thereof. He added that technical skills attained by the youths of Lebanon through such programmes will be

helpful in successful implementation of such projects. 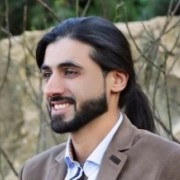